This post is a bit of a departure from my normal focus, but it is a celebration of diversity and community sustainability.  When I was first looking for a place to live, I researched the Aro Valley neighborhood and found it described as old, eclectic, artsy, and radical – all appealing.  Many of these traits have proven accurate, with some of the other, less positive (dark, damp, sketchy), yet to be experienced.  It is a neighborhood of narrow, excruciatingly steep streets and hidden stairways, of friendly shop-owners and award-winning cafes and a fine brewery housed in an old garage.  There are lots of university students, families, mountain bikers, and coffee-drinkers. The houses range from brightly-colored Edwardian villas (cottages, actually) to chalets and modern apartments, stacked so tightly against each other that you can see down into the neighbors’ skylights from above. There is a community center, a preschool, and a park where the city’s best-fed pigeons reside.

This was the setting of the Aro Valley Fair today, just down the hill from my place.  Actually, opening ceremonies were held last night with the official “Passing of the Torch” relay down Aro Street.  The Aro Community leaders are lobbying to host the Summer Olympics in 2078, and this event was intended to prove the community’s merits to the IOC. Today’s opening ceremony was a performance by the kapa haka (line dance) group from the local Te Aro School.  This is one of the schools that I have been visiting, which teaches both te reo Māori and Mandarin Chinese, and has students of 39 different nationalities.

It could have been a family-friendly neighborhood street festival anywhere in the world — until the final competition.  This was a relay that could only have happened in Aro Valley.  Each competing street’s team had to complete five challenges that tested their familiarity with Aro Valley: 1) Run to the St. Vincent DePaul’s store drop-off box and dress up in whatever they found there.  2) Run back and forth emptying a replica of a dehumidifier with a sponge into a bucket (Aro Valley is known for its dampness, especially if your house does not get direct sun; thankfully, mine does).

3) Compete in the Aro Fish Supply trivia contest, answering questions about the local fish & chips shop (I was impressed by how many people had the phone number memorized, as well as the least and most expensive menu items).

4) Run over to the Garage Project, the brewery next door, and sample each of the 8 beers on tap (judges threatened urine testing to ensure all were swallowed), then 5) run back and return a vintage VHS tape to the Aro Video Store.

Norway Street, Epuni Street, and Alameda Terrace acquitted themselves most impressively and came away with medals.

I’m sorry that I won’t be here for the 2078 Olympics, as Aro Valley surely has proven that it is a hosting contender.  The Aro Valley Fair earned a gold medal today in my opinion for excellent effort in embracing and sustaining a diverse, progressive community. 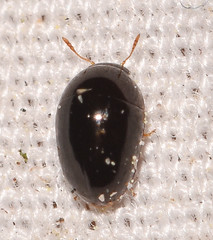 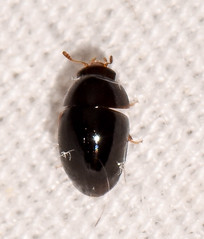