“A naturalist is the person who is inexhaustibly fascinated by biological diversity and who does not view organisms merely as models, or vehicles for theory, but rather as the thing itself that excites our admiration and our desire for knowledge, understanding, and preservation.” — David Schmidley. 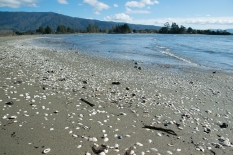 I’ve spent hours this week roaming the shell-strewn beaches of the South Island’s Golden Bay, attracted by the variety of colors and patterns carpeting the sand, resisting the urge to collect dozens.  While examining a delicate conch, I had a flashback to the only science project I can recall from my middle school days. I grew up in Ohio and had seen an ocean beach only once, but I was fascinated by seashells and would sit and study and sort the boxes of shells that relatives brought back from other places: scallops and periwinkles from the Gulf of Mexico, abalone from California, a huge conch from who knows where. They smelled of salt water and life forms I’d only ever read about, arousing a strong curiosity and desire to know more. 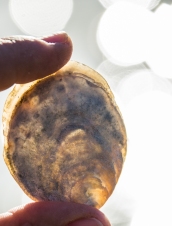 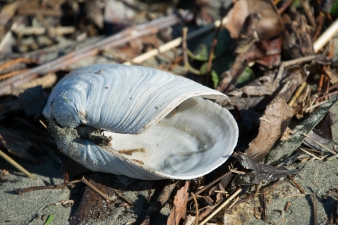 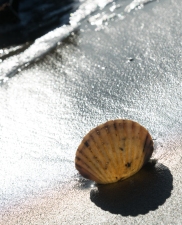 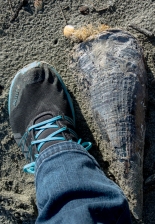 So, I decided to do my science project on mollusks.  I used my allowance to send away for a small package of exotic seashells to help fill out my own meager collection and worked to identify and arrange them all taxonomically as best I could, given that the internet did not exist, and my school library had only one book on shells – a small Golden Guide.  I remember drawing an evolutionary tree to show how bivalves, gastropods, and octopi were related (thanks, World Book Encyclopedia!), and wrote a lengthy report detailing observations I’d made of snails I’d collected from our pond.

When my resources were exhausted and I had no more information to work with, I built a trifold display board from plywood, took my project to school, and set it up in the cafeteria with all the others.  My teacher gave it a disparaging look and said, “Seashells aren’t science; they’re just pretty.  Where’s your experiment?” I showed him the taxonomy, the snail habitat and daily observation chart, the report. None of it mattered.

I know now that my seashell project was science. It was natural history.  Natural history is arguably the basis for understanding how living systems work, the supporting structure for many other disciplines, but it still gets little respect as a field of study.  For those who identify as naturalists, the question, “So are you a scientist, or not?” is a common aggravation.  The two terms are neither synonymous nor mutually exclusive. As the quote at the beginning perfectly captures, it is the fascination with the things themselves that drives me, but I also have deep appreciation for scientific methods. Or, as Rumi put it, “Let the beauty of what you love be what you do.” 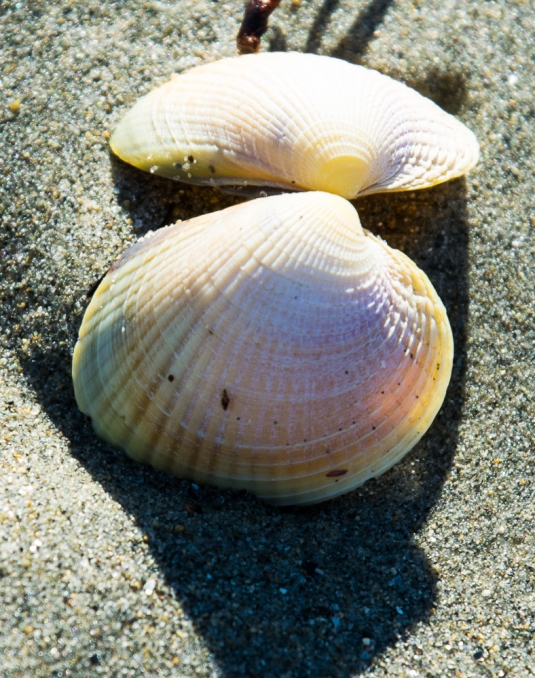 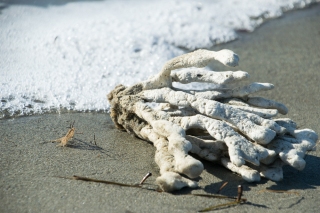 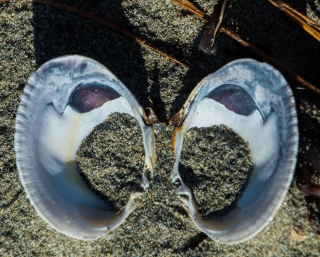 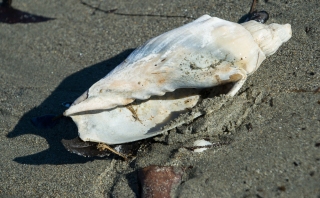 It’s not just the shells that fascinate me now; it’s the systems that I keep encountering, where I know that by tugging on one small observation, I’m bound to start unraveling the significance of a whole complex set of interactions and relationships.  And all of these are affected by changes to climate, in water quality, by the accidental or intentional alterations made by humans. As I was crouching on the sand yesterday, examining the lustrous blue nacre exposed on a weathered clam shell, I became aware that there was something else blue near me, partially buried by sand, that looked like fur.  Blue fur. Not fur. Feathers.

It was a little blue penguin (korora, Eudyptula minor), not long dead, left by the receding high tide. I stared at it for awhile as curiosity and sorrow washed over each other, and then piled some driftwood over the penguin’s body to keep the dogs that also roam the beach from disturbing it until the next tide could take it away.  I walked back down the beach and noticed for the first time that there were a few spots along the low, grassy bluff where burrows had been dug, and that the bluff had mostly collapsed from deep undercutting by recent storms.  The only area that looked unaffected had a deep layer of riprap protecting it – but penguins can’t nest in riprap.

Fortunately for blue penguins, a species that is all too willing to share an environment with humans, awareness is growing of their primary predators (free-ranging dogs on beaches), human hazards (night time road traffic), and habitat needs. This knowledge and the promotion of penguin-friendly actions come courtesy of those who study penguins’ natural history, the naturalist-scientists who probably spent time as kids fascinated by some natural phenomenon.  “How and why to build a proper penguin nesting box” sounds like the title of a brilliant science project to me. 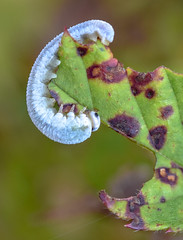 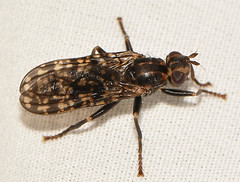 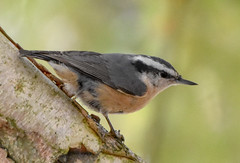 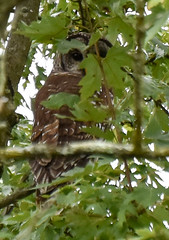 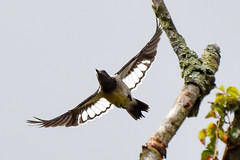 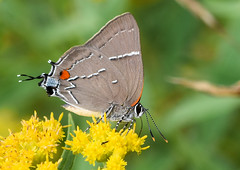 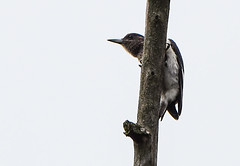 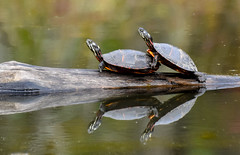 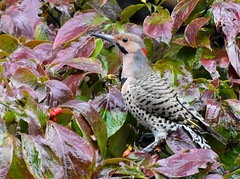