Maryland’s winter is progressing by fits and starts, with balmy weather one week and Arctic blasts the next. The state of water during these shifts is an ever-present theme. Will it snow? What do we do when it rains? Is it too foggy to see the roads? Is that pavement just wet, or dangerously icy?

Water’s changeable winter phases afford kids opportunities that are unavailable during other seasons. When we got a bit of snow, all manner of sleds found their way to the slopes. Some kids scraped up and collected it to strew on a steep hillside for sliding.

A walk along the stream revealed icy patches that invited first sliding, and then cracking. One entrepreneur began collecting slabs of ice to sell later in his fort.

On one bitterly cold afternoon, buckets for collecting water in forts revealed perfect molds of leaves embedded in icy mud. These crystalline forms became precious possessions and were displayed prominently along with other fort treasures. The next day, two girls came running to tell me that their ice “sculptures” had been stolen. “And it’s not just ours – other people are missing their ice, too!” It took some work to convince them that the twenty degree rise in temperature overnight might be the culprit.

I took one of the JE classes out to the woods on a warm day to locate some other liquid-filled items that we had hidden months ago. When we study how cold-blooded animals like frogs and snakes adapt to winter, we make our own “bag herps” by shaping a pipe cleaner skeleton and placing it in a plastic bag filled with water that represents an animal’s skin and body fluids. These are buried or hidden in a location that the students deem safe from predators and unlikely to freeze.

When we searched for the bag herps, though, we found that most had mysteriously lost their water, rendering them “dead” in terms of this survival challenge. Only a couple were intact; these were re-hidden to see if they could survive the remainder of the winter. “But how did the water escape?” the kids demanded. “It’s plastic!”  We did a few tests back in the classroom and determined that the bags leaked when squeezed. How had they gotten holes in them? This led to a discussion of cell membranes and the damaging effects of frostbite. For this species of herp, ice and pressure from rocks or soil had proven fatal.

I haven’t yet given up on getting a decent snowfall.  But given the current state of the campus,  I have to agree with the kids I found stirring a pit of thick slurry, who informed me that this represented its own state of matter: “There’s solid. liquid, gas, and…mud.”

Anticipating the first snow of the year for Jemicy this week, many kids spent Wednesday’s recess readying their forts. One group hauled buckets of water from overflowing rain barrels down to the woods to wash muddy rocks in preparation for smashing. “Tomorrow it will all be ice, so we have to get this part done now,” they explained.

Someone came running to show me what he had found while gathering sticks: a giant leopard moth caterpillar. “Why isn’t it in a cocoon?” we wondered. Later, we looked it up and found that it has chemicals in its body that keep it from freezing. This is the same moth that, as an adult, has another chemical defense: squeezing out drops of yellow liquid to protect itself from predators. After taking its picture, we placed it back under a pile of brush to continue its hibernation.

Snow’s imminent arrival always revives epic tales from the past:”You missed it last year, Emily, when you were in New Zealand – we got at least 100 feet!” One boy reminisced fondly about various winter enterprises of the past, including a ski pole rental shop for those challenged by the icy slopes.

Typical for Baltimore, we also had grandiose predictions. One utterly confident, nine year old city resident forecast “90% chance of closing, 10% chance of delay.” I asked how much snow he thought we’d get. He gave me a dismissive look. “Does that matter?” Sure enough, with a few flakes falling at dismissal time, some schools began cancelling after-school and evening activities.

I heard plows during the night but awoke to find little more than a dusting of snow, already melting from the salted streets. No cancellations, no delays for our area. The same boy who had forecast a closing was undaunted. He arrived at school with his sled and spent recess sliding down the small hill into the pine woods. A few kids attempted snow angels. “Last year, the snow was so deep,” they declared, “you couldn’t even move your arms!”

Down at the far end of the woods, we found another kind of story written into the snow. Tracks showed where birds had been hopping about foraging for seeds and berries. A pair of prints at the end of a log had what looked like wing marks to one side. Then one of my companions pointed out paw prints, four of them, in a straight line on the log, aimed directly at the set of bird prints. What had happened here?

We speculated: was a fox hunting birds? Did the wing mark mean that a bird was caught, or had it gotten away? How does a fox sneak up on a bird? We went looking for more tracks, but the scant snow revealed no more evidence. I suggested that maybe we would see some tracks on Monday, since more snow was in the forecast for the weekend. They headed to lunch with a final request: “So tell them not to close school!” 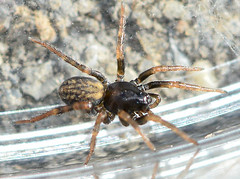 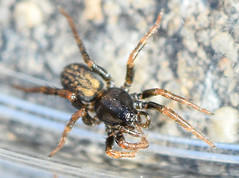 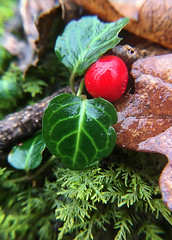 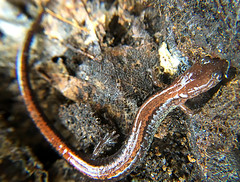 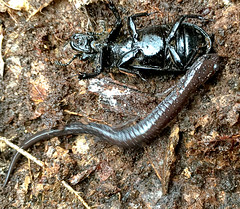 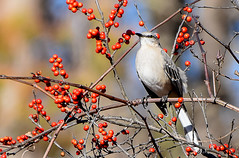 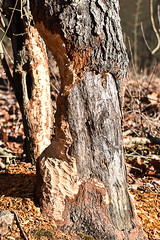 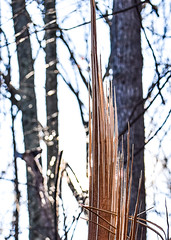 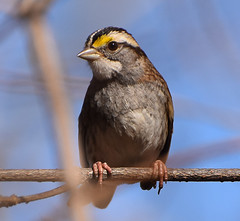 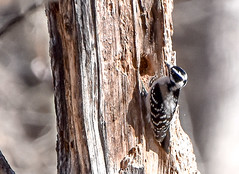