A thick blanket of snow muffled the usual sounds as I walked outside on this first morning of spring in Maryland. And then, from a protected perch among the holly boughs, came the distinctive, 3-part song of a cardinal that was quickly answered in kind from a neighboring tree: “LOCATION! LOCATION! LOCATION!”

A late snowstorm can’t deter the territorial instincts so prevalent among birds this time of year. I watched both male and female cardinals take turns making forays out from the holly trees to the bird feeder, then dash back to protect their space from intruders. Whether they had already begun nest-building before the storm is uncertain, but they must have selected an ideal location worth defending.

The housing market for cavity nesting birds took a hit this winter in the Jemicy woods. Powerful wind storms brought down several tall trees with hollows that had provided snug nesting sites for local chickadees, tufted titmice and bluebirds. We try to help remedy this loss by building and installing nest boxes around campus every year in early spring. This also gives us the opportunity to more closely monitor the progress of different birds as they raise their families.

Sometimes these houses are co-opted by other animals with their own nesting needs. When we were checking old boxes this week (Rule 1: always knock first), we found one stuffed full of dried leaves and other nest materials. Something was moving around inside: Chipmunk? Mouse? Flying squirrel? We carefully closed the box and left the new resident’s identity a mystery.

Pileated woodpeckers develop much of the real estate that is sought after by cavity nesters. Once a desirable location is identified, a thorough inspection must take place. These bluebirds seemed to have a difference of opinions about this particular site. The male recommended it enthusiastically, hopping in and out, encouraging the female to step in for a tour. She, however, was not convinced, and flew off after a cursory peek inside.

A pair of doves made their decision more readily. After sitting together quietly on a branch by a lake, the male hopped over to a nest that appeared to have been constructed last year by a different bird. It was a neat cup of mud and grass such as a robin might build, but the doves had added a few extra twigs – the perfect renovation. The female dove stepped in and settled herself comfortably into the nest, while the male sealed the deal by giving her a good preening.

Flitting about just over their heads, a mockingbird protested loudly. Had he already claimed this location? The doves were oblivious to his noise. Meanwhile, hopeful sparrows positioned themselves prominently for their own call and response ritual. As soon as one song finished, another sounded off. One young sparrow seemed to find this frustrating; every time he would open his beak, another nearby male would steal his song space. He finally let out a quavery burst of song, then left to try his luck in other territory. 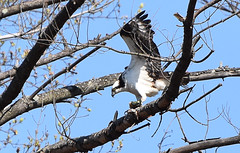 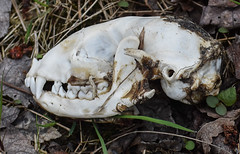 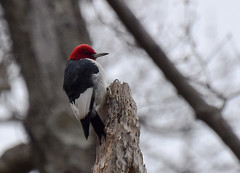 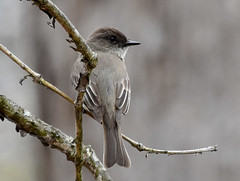 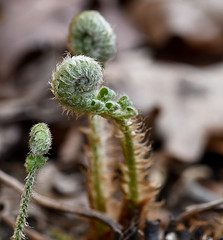 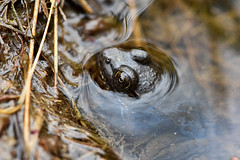