November brought Jemicy its first snow of the year, along with some species that we had never seen at school before. Purple finches crowded into the feeding stations along with the usual house finches and goldfinches.

There was some jostling for position, but all the finches seemed able to gain access – until a blue jay showed up. With a raucous squawk, the blue jay dove down from a branch, scattering the smaller birds. 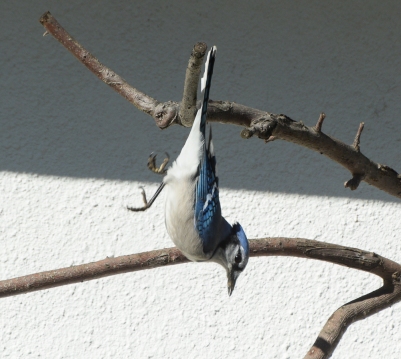 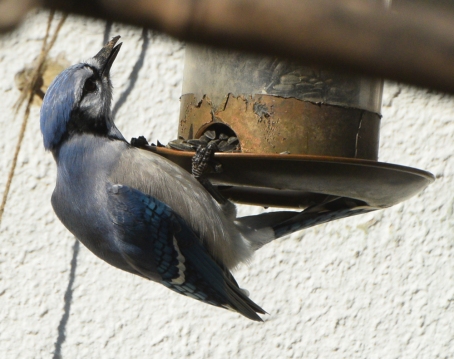 Once the blue jay finally left, the smaller finches wasted no time returning to feed.

Late fall is a season that tests an animal’s readiness for winter survival. Will the groundhog evade the hungry coyote long enough to fatten itself sufficiently before hibernating? Will the bluebirds find enough berries to compensate for diminished insect numbers?

A predator like an eagle holds a position at the apex of a food web, allowing it to survey meal options relatively unperturbed.  For smaller animals, though, the drive to find food, establish feeding and breeding territory, and simply survive the threats of predators can result in what looks (to human eyes) like either virtual disappearance or a major in-your-face attitude. 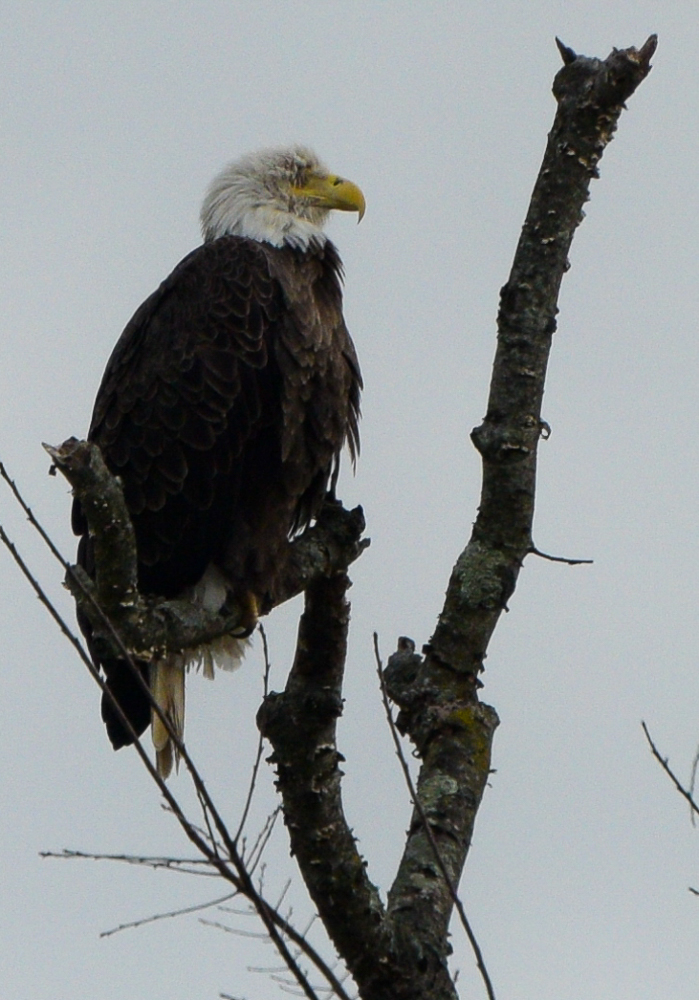 Waterfowl spend considerable time and energy signaling their attitudes toward others of their species. At the small quarry lake that I visit regularly, male hooded mergansers will seem to be feeding or bathing peaceably near each other, and then in the next instant, one lowers its head and attempts to drive another off.

Canada geese put on elaborate shows to claim a favorite vantage point on a protruding rock near the shore.

I was accustomed to seeing these overt, tongue-sticking-out displays with larger birds, but was surprised to find a diminutive field sparrow using the same tactic to chase a bluebird away from its bounty of berries. 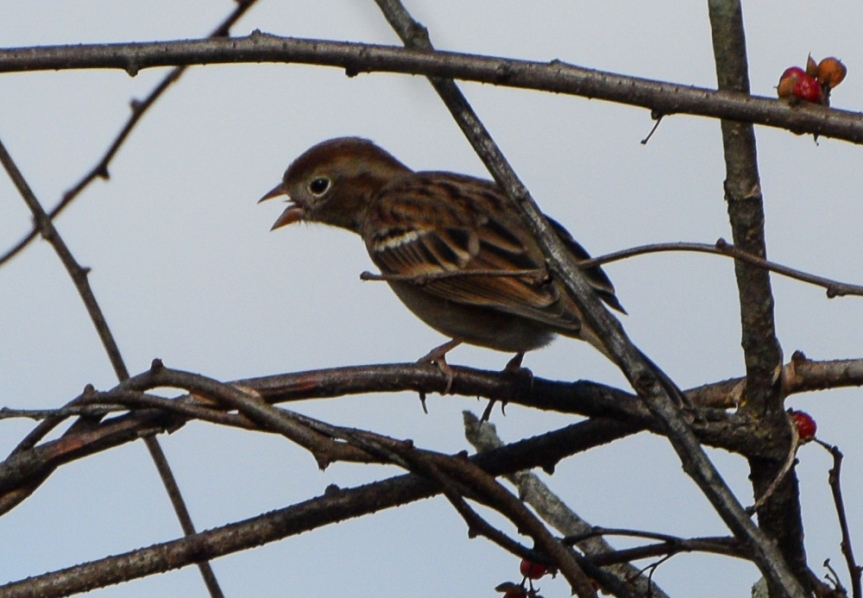 The opposite strategy – becoming invisible – is one of the most frustrating aspects for me while trying to observe birds in the fall.  Some diving ducks are masters of the art. I think of them as “quantum birds” for their seeming ability to exist and disappear in the virtually same instant. 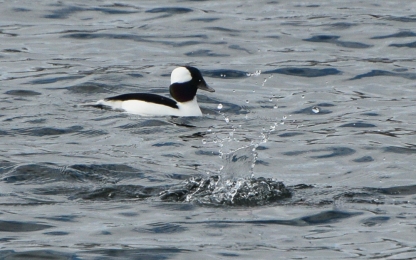 Sparrows, too, have this quality. A walk along a trail can flush 20 small, brown birds which manage instantly to vanish into the brush. The collective noun for sparrows is a “dissimulation.” It wasn’t until I saw the other meaning of the word – the act of concealing one’s feelings –  that I grasped how perfectly it suited the adaptation of foraging sparrows to disappear into sameness as opposed to expressing a strong, visible attitude toward intruders (though if you look closely, this sparrow clearly appears to be mocking me).

Last week in the woods during recess we discovered a creature whose change in attitude precisely served its intended purpose. It was an adult garter snake taking advantage of one last sunny day to forage along the stream. Startled by kids coming along the trail, it had tried the vanishing trick of coiling itself underwater. When this failed and I drew it out onto the bank, its response was unusually fervent.

Its defensive adaptations – the flattened head and simulated strikes – were impressive, making it clear that this snake had no intention of becoming someone else’s meal. It was an attitude whose vehemence spoke to the lateness of the season and the narrowing window of opportunity to find sustenance and safe winter quarters. We left it minutes later in its power pose, still flicking its tongue and weaving its head warily back and forth, sizing up our retreat before vanishing for good.